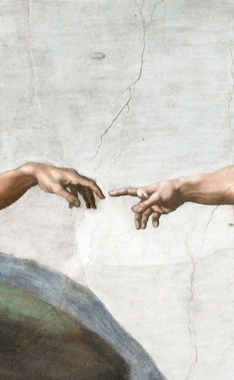 I have been working on a conference presentation for the past two months that I have titled “The Disconnected.”  That is my name for a segment of the population that is not disconnected in a detached or unengaged sense but are instead disconnecting from traditional modes and sources of information and learning.

In doing my research, I found the organization Encore.org that has a Higher Education Initiative which is looking at the impact of an aging population on higher education.

I also found a podcast that is called Unretirement.

I realized early on that I am becoming one of “the disconnected” but only recently did I know that I am also entering unretirement.

and hosts the podcast, defines unretirement as a “grassroots movement rethinking and reimagining the second half of life.”

I believe (but I’m not certain) that I am done with my full-time work in education which has been my career for 40 years. Friends and colleagues tell me that they don’t believe it. “You’re too young to retire. You will go crazy with nothing to do.” I disagree. There is so much that I want to do. Some of that is typical of the age – travel, spend more time with loved ones – some of it includes the things that were often deferred because of work – writing and painting, for example. And some of it is unknown at this point.

Farrell’s book is subtitled “How Baby Boomers are Changing the Way We Think About Work, Community, and the Good Life” and in one podcast episode he talked with a woman, Sandra, who felt the need to get out of the house and start doing something to help deal with her unhappiness. She signed up for a quilt making class. It lit up a passion in her. At age 58, she’s gone back to “school” to move into a new career and is getting certified to become a professional quilting instructor. That may not sound like a typical “major” or even a viable unretirement career choice, but…

“Quilting in America market is worth $3.76 billion annually” according to a trade survey trying to get at the size of the quilting economy. Sandra is not going to her local college to learn. She is not interested in credits or a degree. Quiltworx is the company from which she is getting her certification. The podcast covered why she decided to get this certification and how her family helped her figure whether the certificate was worth the cost. She has a business plan and expects her certificate will pay off in 18 months.

The “Baby Boomers” are just one age segment of those I am finding to be part of “The Disconnected.” The largest age group is much younger and includes the traditional potential students for undergraduate and graduate programs. And even younger people are being born into and growing up in a society where the disconnects will be so common that they will probably not be seen as disconnects.

Here is one example of that disconnect. I came of age in the 1960s and viewed television as a wireless (via antenna) service that was free if you owned a set and supported by advertising. If you grew up in the 1980s, you saw television as a service that came to your home via a cable service that you paid for (even paying for the formerly free networks that had advertising support) and could add additional premium services if you wanted them. You learned to supplement and control that content (starting to call it video rather than TV) using a VCR and videotapes and later DVDs and then a DVR. A child of today is likely to be using multiple networks via multiple devices and might be growing up in a household that has already cut the cord to those 1980s services and devices and hard media formats.

So, grandparents and their grandchildren may find some “connectiveness” in being disconnected in their media consumption and even in how they both are learning and preparing for working life.

Here are some resources about how older adults are connecting to learning and unretirement using both traditional schools and alternatives.

Improving Education and Training for Older Workers a survey from the AARP Public Policy Institute.

Certificates: Gateway to Gainful Employment and College Degrees from Center on Education and the Workforce at Georgetown University

How many students graduate outside the normal age?” an international study by the Organization of Economic Cooperation and Development

A state by state rundown of education opportunities for seniors

Over 50 and Back in College, Preparing for a New Career

How to Make the Most of Longer Lives

Naked Came the Stranger and I, Libertine

Joans of Arc and Arcadia

A Hot Toddy on a Winter Night

Life is a mosaic
This week in the #Cinema+Conversation series we offer a meta documentary on auditions with 3000 dancers for a #broadwaymusical based on dancers auditioning. EVERY LITTLE STEP looks at the revival of #achorusline. Showings 1/28&30 at 2pm. montclairfilm.org/events/cinema-conversation/ #broadway #dance #documentaryfilm @sonyclassics
“My mother gave away food; I give away poetry.” Maria Mazziotti Gillan @rattlemagazine In conversation, Rattle #46 @maria.gillan #quoteoftheday #poetryquotes #poem #poet #poetry #poemoftheday #litmag #readmorepoetry #MariaMazziottiGillian
I’m not usually a fan of filters and effects but this works for me. Officer’s Row at Sandy Hook #nj by @stefanlanecreative 📷
A single out-of-season bloom on my mom’s holiday cactus. She’s trying to tell me something.
Reading at sunrise. “Poetry lifts the veil from the hidden beauty of the world, and makes familiar objects be as if they were not familiar.” - Percy Bysshe Shelley
#dontblameme #ivoted #kodos
I missed National Pie Day (USA) yesterday. I may have to get some savory and sweet pie goodness today to make up for that oversight. #nationalpieday #pie

A River of Stars

When I Was Just a Baby

The Past and Future