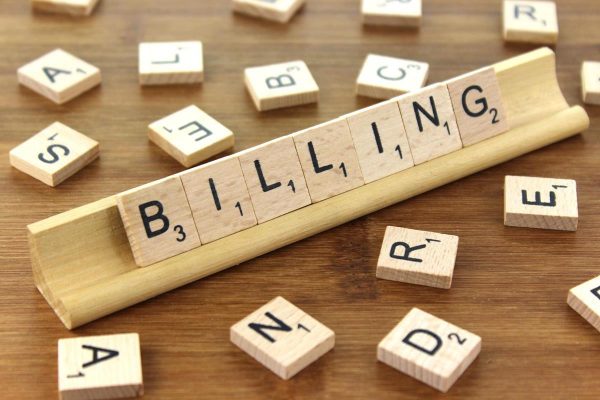 When I do most of my design work, I bill clients by the hour. That hourly rate varies. When I do estimates, I base it on hours, but I do give an estimated total cost. But there are people who suggest changing from billing hours to a pricing method known as value-based. That’s a new one for me.

Though I bill by hours and try to keep track of my minutes and hours (I literally use a timer), I know it isn’t always an accurate count. In many cases, I reduce my hours from that total. For example, if I work for two hours to add a new feature that I’m unfamiliar with on a particular platform, I don’t bill for two hours because I know that time was mostly spent in my own “learning.” On the opposite side, other designers have advised me to not bill for fractions of an hour. “20 minutes is an hour,” is something a lawyer’s office might do. I use half-hours. 19 minutes and 37 minutes both equal a half hour.

So what is value-based pricing? It’s rather complicated and requires some information that I can imagine clients not wanting to divulge.

On webdesignerdepot.com they give this example:

“A business sells agricultural drones via their website. They ask you to create a website focused on getting more sales. After you ask a few basic questions, your 2 main questions should be:

How many sales do you currently get each month?
What is the average sales value of a drone?
They answer with: 10 sales per month and $8,500 each.

You look at their current site and see how they can improve their sales and you work on a low estimate of what you expect sales could increase by after you make a conversion-centered website. In this scenario, let’s say you are confident it would at least be 2 sales extra per month. This would mean the business would make an additional $16,000 per month and almost $200,000 in one year. After informing the client of this in the proposal and why you feel this is a low and realistic estimate, you then give your website cost based on the potential annual return. For this example, your price could be $10,000 – $15,000.

Would you, ‘as the business owner’ be willing to pay around 5% of what you could potentially make after one year?”

What do you think of that approach?

Naked Came the Stranger and I, Libertine

Joans of Arc and Arcadia

A Hot Toddy on a Winter Night

Life is a mosaic
This week in the #Cinema+Conversation series we offer a meta documentary on auditions with 3000 dancers for a #broadwaymusical based on dancers auditioning. EVERY LITTLE STEP looks at the revival of #achorusline. Showings 1/28&30 at 2pm. montclairfilm.org/events/cinema-conversation/ #broadway #dance #documentaryfilm @sonyclassics
“My mother gave away food; I give away poetry.” Maria Mazziotti Gillan @rattlemagazine In conversation, Rattle #46 @maria.gillan #quoteoftheday #poetryquotes #poem #poet #poetry #poemoftheday #litmag #readmorepoetry #MariaMazziottiGillian
I’m not usually a fan of filters and effects but this works for me. Officer’s Row at Sandy Hook #nj by @stefanlanecreative 📷
A single out-of-season bloom on my mom’s holiday cactus. She’s trying to tell me something.
Reading at sunrise. “Poetry lifts the veil from the hidden beauty of the world, and makes familiar objects be as if they were not familiar.” - Percy Bysshe Shelley
#dontblameme #ivoted #kodos
I missed National Pie Day (USA) yesterday. I may have to get some savory and sweet pie goodness today to make up for that oversight. #nationalpieday #pie

A River of Stars

When I Was Just a Baby

The Past and Future