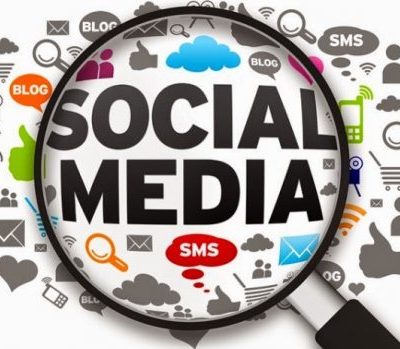 While lots of people online are making predictions about all kinds of things for the year ahead, I like to look back at the predictions that were made for the year that is ending. Did anyone get it right?

Clearly, the pandemic wasn’t on anyone’s radar in December 2019 although the first signs of it in China were starting to emerge then. That is the story of the year and it is hard to find any industry or sector that wasn’t affected by it.

I’m just looking here at social media which played a large role in not only the pandemic but also in the American Presidential election.

Social media has moved in the same way that the Internet itself has moved – from a social sharing place to a marketplace. Whether you are selling CBD oil or a candidate, social media (SM) is part of your strategy.

One prediction was that Facebook and other SM would get more expensive in 2020 was a safe bet. But the bigger story was the pressure on the big platforms (but especially Facebook) to control fake accounts, posts, news and its promotion.

Things still went viral but some controls were put in place, though more is needed. AI is playing a bigger role but human intervention and monitoring are still needed.

In January 2020, I read that worldwide there were 3.80 billion social media users. That was about a 9 percent increase (321 million new users) from the previous year. Globally, more than 5.19 billion people now use mobile phones, with user numbers up by 124 million (2.4 percent) over the past year.

Listing the top SM sites early in the year as (in order) Instagram, YouTube, Facebook, Twitter, TikTok, Pinterest. and Snapchat, is a numbers game and those rankings varied a bit throughout the year as earnings were reported to stockholders based on users and user growth.

I don’t see LinkedIn listed there but it certainly has a place in the more serious and business-oriented side of SM. LinkedIn advertising costs took a jump up in cost per click (CPC) when the platform released objective-based advertising back in early 2019. All the platforms have had to do similar things and Facebook was both publically called out for its ability to target ads very specifically and privately by marketers praised and

A much longer list (75 SM sites) might include some that you have never used or heard of and perhaps don’t even think of as SM, such as GoodReads, Flickr, Twitch, or ones that are foreign, like Skyrock in France.

And, of course, predictions for 2021…  like these from socialmediatoday.com

This was crossposted at Serendipity35 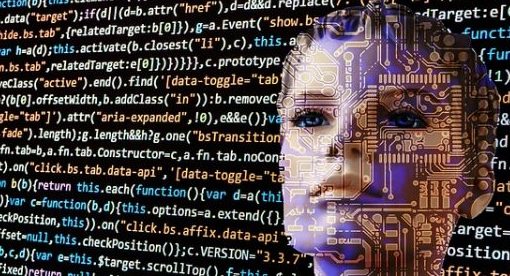 Hello, World. I am your web designer…

Recently, I read an article about using artificial intelligence (AI) for the instructional design of courses. Initially, that frightened me. First of all, it might mean less work for instructional designers – which I have both been and run a department working with them. Second, it’s hard for me to imagine AI making decisions on pedagogy better than a designer and faculty member.

Of course, using AI for that kind of design is probably limited (at least at first) to automating some tasks like uploading documents and updating calendars rather than creating lessons. Then again, I know that AI is being used to write articles for online and print publications, so who knows where this might go in the future.

I just read another piece asking “Is Artificial Intelligence the Next Stepping Stone for Web Designers?” and, of course, my concerns are the same – lost jobs and bad design.

Certainly, we are already using AI in websites, particularly in e-commerce applications. But using AI to actually design a website is very different.

Some companies have started to use AI for web design. A user answers some questions to start a design: pick an industry or category (portfolio, restaurant, etc.), enter a business name, add a subtitle/slogan/brand, upload a logo, enter an address, hours of operation, and so on. The AI may offer you a choice of templates and then in a few clicks, the basics of the site are created.

This is an extension of the shift 20 years to template-driven web design. Now, it is based on machine learning techniques with human intervention at the initial stage by providing their desired information and probably again after the site is created to fine-tune.

I do a lot of designs in Squarespace and they are clearly using AI and machine learning to get you started. Do you still need human intervention? Absolutely. Does the human need to be a “designer”?  Clearly, the goal is to allow anyone to do a good job of creating a website without a designer.

In my own work, I still find many people need someone with experience and training to create the site, but they can oftentimes maintain it on their own if the updates are simple. I have also had clients who with just a few clicks have completely wrecked their websites. And there is no Cntrl-Z or Undo button to put it back together again.

AI will change – dare I say revolutionize – many industries and design is certainly on the list. When AI can make the process more efficient, I am all for it, but I stu=ill like the human factor in any design project.

Things in the house decided to bloom today. Even my mom’s holiday cactus which chooses holidays all year round, bloomed again. Perhaps to celebrate granddaughter Remi’s first birthday. Perhaps because it’s Karen and Bob’s anniversary. Perhaps because they’re happy to be inside knowing that we have a few freeze nights coming this week.
After the rain and sunset light made spring look like autumn.
Spring creek. And a pine cone makes it’s way downstream.
The skunk cabbage is coming up just fine in the soggy ground along the trail.
This America beech tree is hanging on to its 2020 leaves. It’s not being fooled into spring by any of us.